Gaspeite is a rare nickel carbonate mineral and a member of the calcite mineral group. It was first discovered on the Gaspe Peninsula of Quebec, Canada, from which it received its name. Gaspeite does not have a long history in the scientific literature, being first described in The American Mineralogist in 1966. Because of its rarity and relatively short history, it is not a widely-known material. However, over the past two decades, gaspeite has been emerging into popularity as a colorful inlay material used to add a splash of green color to Southwestern-style jewelry. It is typically set with turquoise, coral, shell, lapis and other gem materials in sterling silver mountings. These produce an attractive and affordable product. Gaspeite is also seen as beads, tumbled stones and cabochons. 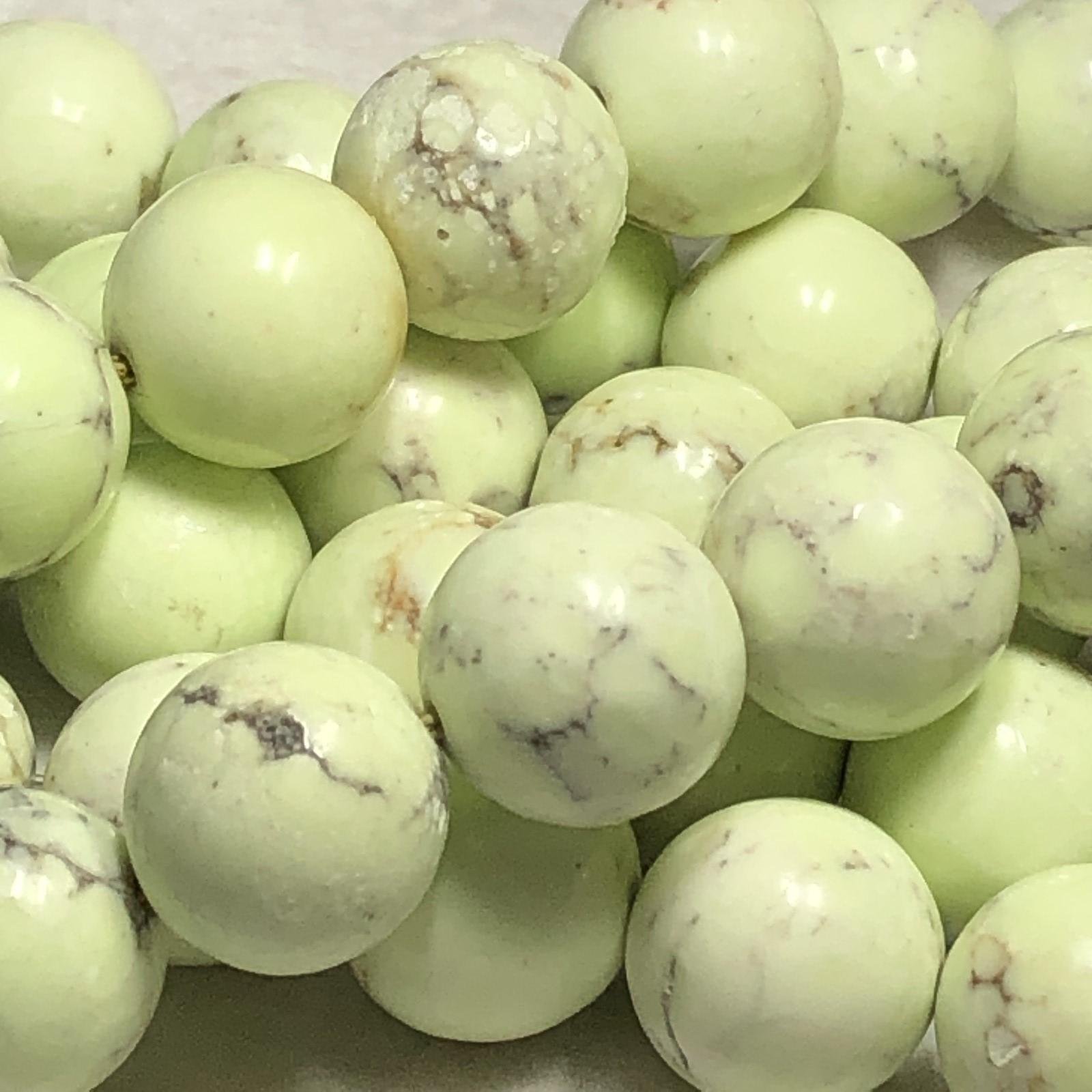